Gary Findley, CEO of Restoration 1, is one of the most passionate and successful executives in all of franchising – and his passion for building brands is based on the idea that entrepreneurs deserve the opportunity to take charge of their own futures and build a better life of their own making. Long before Findley took the reigns of Restoration 1 and made it the fastest-growing franchise system in the $210 billion industry, Findley found success with the prestigious Dwyer Group and on his own with Curves, a fitness concept that grew to more than 8,000 locations. 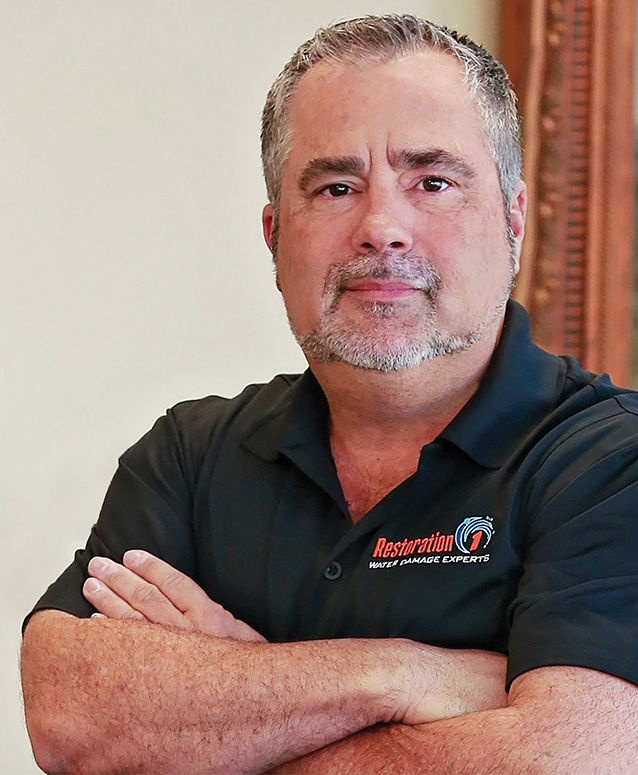 The self-proclaimed “Redneck CEO” recently sat down for an in-depth conversation with “Downtown Depot,” a popular show on Texas Public Radio, a local affiliate of National Public Radio. Findley and “Downtown Depot,” host Austin Meek discussed Restoration 1’s meteoric rise under Findley’s leadership, Findley’s storied career in franchising, what drives Findley to stay at the top of his game and much more.

Under Findley’s leadership, Restoration 1 has doubled the size of its franchise network in the span of two years to nearly 200 locations across the country – and Findley isn’t stopping there. Earlier this summer, Restoration 1 announced that the brand would have 300 locations open by the end of 2019. While this growth is impressive, Findley also has skin in the game, as he co-owns a Restoration 1 franchise near the brand’s headquarters in Waco, Texas.

“With two partners, I own the Restoration 1 franchise in Waco,” Findley says on the program. “We bring in about 30-40 people a month for training, and having this location gives us a good place to take people out on jobs and have a training facility. It’s interesting to be on both sides of the franchisor-franchisee side of things.”

When asked about where Restoration 1 is today after experiencing so much growth from the past few years, Findley outlines his goals for future growth:

“We’re right at 200 locations today,” he says. “We’re looking to see at least 50-75 new locations per year. Our goal is to get this up to at least 500 locations over the next few years. Our tremendous growth is due to the system – our franchisees have been very successful. They come out of the gates pretty quick. There’s so much diversity in our system. Our franchisees come from all over the place – not just blue collar workers – we have executives, investment bankers, farmers, secret service guys and more. We’re currently the fastest growing restoration franchise in the country.”

We highly recommend listening to the entire interview, which you can do by clicking here.