I’m bullish about small business. It’s been my passion all my life. From being a small business owner myself to ultimately serving in executive roles that have helped more than 10,000 other small businesses open around the world, I’m reminded every day that small business on a global scale is an unapologetic gigantic force. And it’s only getting stronger.

As America celebrates National Small Business Week, April 30 – May 6, it’s the perfect time to look at why being in business for yourself continues to be the most rewarding career option for millions of people living the dream.

When looking at all of the data, that job security at the big corporate giant all of a sudden doesn’t feel so safe and reliable. And it’s certainly a huge factor for many men and women who ultimately make the leap into franchising.

Franchising is the ultimate example of small business success in huge numbers.

When I think of franchising, I think of the Charging Bull sculpture on Wall Street. The 7,100-pound sculpture by Arturo Di Modica was installed after the 1987 stock market crash as a symbol of the strength and power of the American people. And for me, that also symbolizes the heart of franchising in this country and in places around the world.

Corporate giants do not deter franchisees. Instead, it is the desire to be in charge of one’s own destiny that leads many people to invest in a franchise and follow the motto to be in business for yourself, but not by yourself. Franchising offers the best of both worlds — the power to operate your own small business with a proven system that a peer network of franchise owners operate as well.

While many people think of franchise organizations with household names as big corporate titans, the reality is that they are a network of small-business franchise owners championing the same brand. And together, they all make a huge impact. As CEO of the Restoration 1 franchise network, which is now one of the fastest-growing franchises in the country, I am a witness to this truth daily.

According to the Franchise Business Economic Outlook for 2017 from the International Franchise Association, the industry significantly outpaced the US economy in 2016 and should continue to do so this year. Franchise employment is expected to add almost 250,000 new jobs in 2017. And while franchise output was up 5.8% in 2016, it is expected to grow another 5.3% in 2017, surpassing $700 billion. Yes, I said BILLION.

So, as we celebrate National Small Business Week, I urge everyone to see the big picture. Because as the small business sector continues to grow, it will continue to propel the economy like that bull, charging full-force on the road ahead. 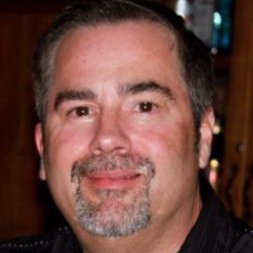 A version of this post originally appeared on Waco Tribune-Herald by Gary A Findley, Restoration1 CEO